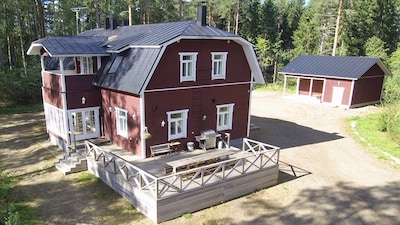 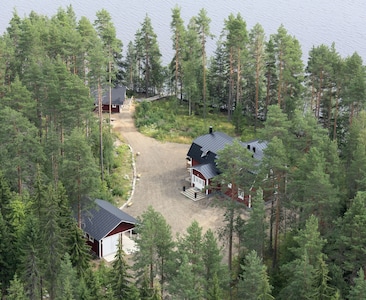 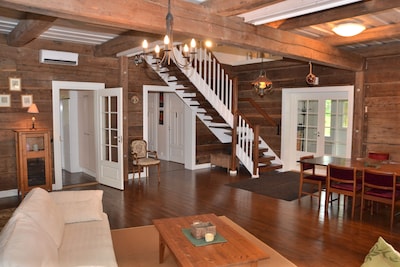 Holiday Villa Tuomarniemi by the lake

Tuomarniemi has been established since 1972, and we are soon to celebrate the 50th anniversary of the year. My dad built old Tuomarniemi Cottages in 1972 and I build Villa Tuomarniemi in 2010. Today, on the ancestral Tuomarniemi farm, pheasants are grown, fields produce feed for cows, and forest is grown under the conditions of game birds.

Mika purchased this Villa in 2006

Tuomarniemi Estate has a colorful past. Almost 300 m2 of the main building is a former courthouse in the Russian period from the 18th century. The modernized smoke sauna, which has been moved to the area, is almost 100 years old and the manor house’s exterior steps have been made from the old hand-cut stone staircase of the Kontiolahti Church. Thus the stairs of Tuomarniemi Manor have been staged in a number of weddings and family celebrations, and in the smoke sauna, people have been born, cleansed and there is also made of dried meat and tared skis.