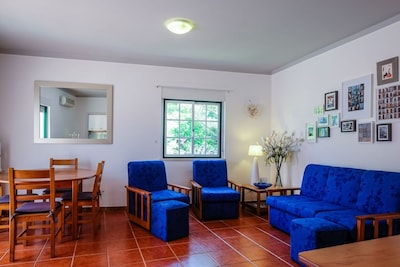 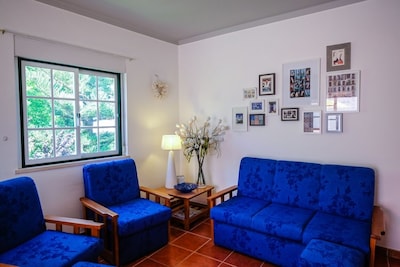 About Bernie and Dan Cleary

My husband & I both work and live in England, but spend most of our holidays in Portugal where we have made many friends & have really fallen in love with Tavira & its hidden delights. Ultimately, we love Tavira because of its rustic charm & fantastic beaches. The town is easily accessible with Faro airport approximately 35 mins drive away.

Bernie and Dan Cleary purchased this Apartment in 2014

Tavira is a unique experience, mainly because of all its Historical background and untouched archaeologic traces which manages to keep it as one of the most characteristic or rustic cities in the Algarve region. It has a mix of Roman, Arab and Christian historical heritage, which results in a centre with remains of castle walls, churches (37) and bridges from different eras. Put this together with fantastic beaches and the islands around Ria Formosa area, and you have a unique scenario likely to dazzle many-as it did us! In what was the walled part of the city, remain winding narrow streets, not very different from the heart of most Algarve cities. Walking and sightseeing through them is very nice, although it's true that the area is not large and any walk will likely be brief.

The centre of Tavira is located on a river inlet about two kilometers from the coast, and beaches are located in the island just in front of it. As a result, huge uncrowded beaches are guaranteed, except in the months of July and August where they tend to be somewhat more sought after. The only way to reach the beaches is ferry boat or water taxi that run between Tavira and the Island which is 11km long and varies between 1km and 150m width. The starting point for the ferry is located within 5-10 minutes walk from our Apartment and the river boat trip takes about 15 minutes. This beach holds the blue flag, proof of its environmental quality and superiority with the provision of many restaurants and bars.