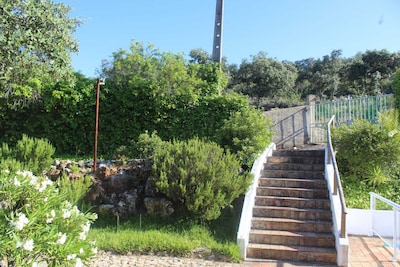 Hosted by João and Maggie

About João and Maggie

We bought Casa Kuito in 2003, spent two years renovating the villa and have been letting during the summer months since 2005, so we have lots of experience! I - João - manage the villa with the help of my close friend, Maggie, so we are fully fluent in both English and Portuguese. We are also trying to improve our French but that is another story!! The villa is away from the hustle and bustle of the coast but easily accessible from the airport. The villa enjoys fabulous open views of the countryside and is well endowed with fascinating birdlife as well as the odd passing goat! We are not overlooked by other houses but are on a side road so it is easy to get places. The pool is large and entirely private. The beaches are only about 15 to 20 minutes away. There is a bar and small shop in Azinheiro only about 10 mins walk and there are many more bars and restaurants in Estoí itself. Casa Kuito is named after a town in Angola in Southern Africa where Maggie and I worked for over twenty years.

João and Maggie purchased this Villa in 2003