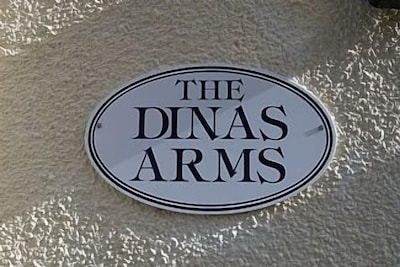 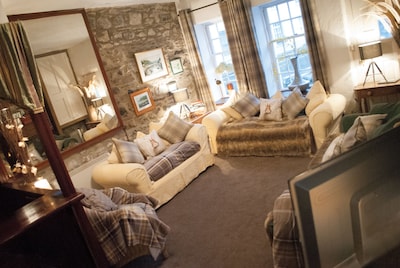 We are Nick and Richenda Hine, the owners of The Dinas Arms. We have been coming to Pembrokeshire since the mid-90s when we bought The Dinas Arms. Richenda is Welsh and mighty patriotic! We both have a passion for the area and have taken great pride in seeing Pembrokeshire develop into such an amazing destination over the last 20 years. The plethora of restaurants, galleries, great foodie shops and things to do in the area have increased 10-fold. It's great to see that Pembrokeshire really is the "New Cornwall" (but better, of course...). We have been letting the Dinas Arms since 1996, but for the last few years we have kept the house just for family, only starting to re-let with Owners Direct in August of 2012.

We bought the house way back in 1996 after falling in love with Lower Town which we thought was the most beautiful place (it is one of the most photographed harbours in the UK). The poor old Dinas Arms had fallen on hard times and was standing derelict as the former fisherman's inn of the village. We could not believe that such a big house in the centre of the famous village (rumour has it that Richard Burton drank here during the filming of Under Milkwood...) was standing empty as such an eysore and acted fast! We took pity on the old hulk and with the help of some great local builders we sympathetically transformed the house with love, care and attention into a warm and cosy home from home. Of course the house has been updated and refurbished subsequently to keep it up to date – most recently in June 2015 we have refurbished both the twin room & double room ensuites, which now boast travertine tiling with modern showers, W/C, heated towel rails and sinks.

A great feature is the large storage area off the kitchen which has outside access, great for storing outward bound equipment. Richenda has a keen interest in interior design and antiques, so we hope you will agree that this is reflected in the decor of the house. She's a keen cook, so the kitchen is well equipped, whist Nick makes sure that the original bar feature of the Dinas Arms which is still functioning is fully stocked with glasses and vintage pub finds. We're sure you will like playing 'barman' with the old optics as much as our friends and family have over the years. But if that is not your scene, rest assured that there are lots of books and DVD's to keep guests occupied. A complimentary bottle of wine and flowers on arrival & handsoap in all bathrooms are provided for guests. Additionally, for Christmas bookings, we provide a fully decorated Christmas tree to add to the festivities.