The Best View Of Loch Ness 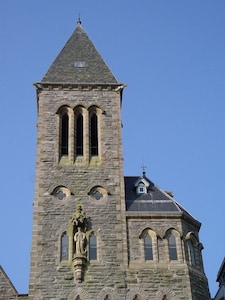 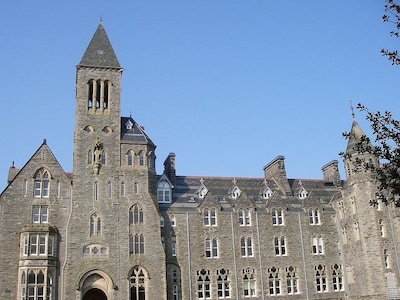 1-Bedroom Luxury Apartment in Fort Augustus, Scottish Highlands - With Access To All The Abbey's Facilities

About Nick and Sarah

Sarah and I moved to Scotland in 2010 after some 15 years in London. At first I continued to commute down south for a few days each week and Sarah worked in Dundee. We now have a young family, I work in Edinburgh and we are both loving the lifestyle up here. My family are originally from Scotland and we wanted somewhere more relaxing to live and with access to the countryside. It has been a great move for us and we are really well settled in now.

We bought the Monastery Tower in 2007 for a holiday apartment for ourselves whilst we were living in London. Very quickly the area became very special to us. We got married in Urquhart Castle and had our wedding reception in Fort Augustus. Loch Ness is probably the most talked about strip of water in the world. "Nessie" may get most of the coverage the loch itself is truly beautiful and, whatever the weather, it is so peaceful looking across it at the hills and mountains. But it's not all about the loch. The surrounding area is just as charming. There are so many interesting walks, many from the town itself and the sights are amazing.

St Benedict's Abbey was redeveloped as luxury holiday apartments a few years ago and named the Highland Club. The grounds are lovely, the architecture is stunning and its location is fantastic. There are a number of facilities in the Abbey itself that guests can enjoy such as snooker (full size table), swimming, croquet, tennis and table tennis. Walking around the grounds is a real pleasure. There is a children's climbing frame. All of the apartments in the Highland Club offer something special and they are all so different that there is probably no such thing as the "best" apartment. However, we bought the Monastery Tower as we wanted 360 degree views of the area and, in particular, an unrestricted view of Loch Ness. If it is views that you want, then you really won't find a better choice at the Abbey. December 2017 UPDATE - the swimming pool renovations are complete and the pool in the Highlands Club is now open. January 2018 UPDATE - The sauna and steam room renovations are complete and are now open.