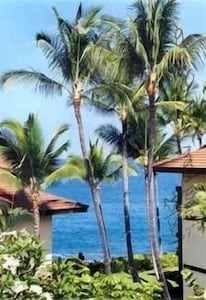 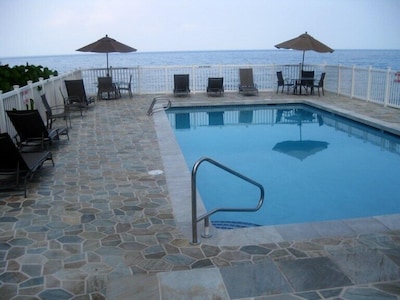 If someone asks you to book through them or pay them directly before you book on Vrbo,report it

Ginny is now a retired Nurse, having practiced in several specialties and taught Nursing at the College level for many years; 20 yrs at San Jose State Univ. (Professor) and Sonoma State Univ. She loves out-doors, back-packing, swimming, and since our Honeymoon (photo) snorkeling. Glen is a retired business executive of Pharmaceutical and more recently Biotechnology companies. He has a pharmacy degree and an MBA. Growing up he participated in several sports and later focused on water-skiing, snorkeling, and back-packing. Both of us were born in California--she in Oakland, he in Santa Cruz. We both attended college at UC Berkeley and UCSF. Glen got his MBA at Harvard. Our most favorite vacations are to Ginny's family cabin in Yosemite and our Hawaii properties. We live in a house that we completed building in 2000 on Glen's family mountain-top property in Soquel (Santa Cruz), CA

Glen purchased this Apartment in 1999

Over the years Glen traveled to Hawaii many times, mainly Oahu, Maui, and Kauai. Ginny and Glen went to several Hawaii islands on their Honeymoon in 1985. (Picture is at Kona Village) We have owned a time-share in Waikiki, a lovely condo at Poipu Beach in Kauai, and several vacation and long-term condos on the Big Island. Our favorite place to visit became Hawaii for the sports (e.g. snorkeling), sites all over the island, variety of scenery, birds, and the fact that this island is not yet ruined by Tourism and population. We now own properties only in KONA.

We stayed at Kona Shores annually since 1985 (now over 30 years). We loved the PRIVACY of the North wing of this complex. In 1998 the lovely northwest, first floor, corner unit became available. Glen had seen it while helping a renter fix screens. We were lucky enough to buy this unit. Of course, every one in the mainly long-term renter/owner units was envious about the large corner unit directly above our 1 BR. A year later it became for sale at about $50,000 below previous asking prices. Again, we were lucky enough to purchase this unit. We love the open, spacious, above it all, good partial ocean view impact of the unit and the very private location within the complex. (This unit was built by the original contractor for Kona Shores for himself; he also built the special corner unit below, reportedly for one of his relatives.)