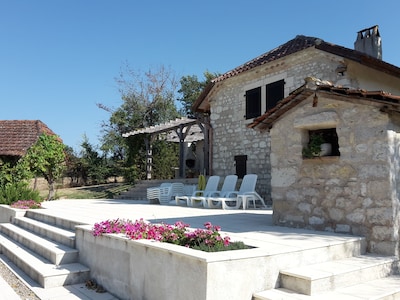 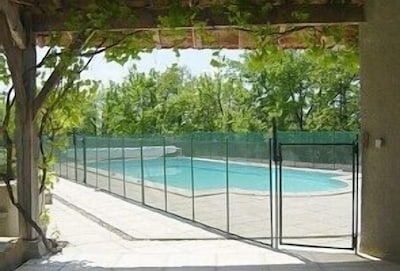 Ask a question
Member Since 2000

Originally a very basic farm cottage, when purchased by my parents there was no running water, sewerage, electricity or heating other than a large fireplace and a well! The previous owners had moved out in in the 1970's. After extensive refurbishment in 1990, the cottage was re-born with 3 ensuite bedrooms and all modern conveniences, including a swimming pool. 20 years later in 2010, a further major rebuilding project updated the infrastructure and roof, and added two further bedrooms, a family bathroom and a huge 49 sq m kitchen/dining space with an outdoor terrace 'room'.

The idea behind Petit Soyc was to create a well equipped and easily accessible retreat where we could escape to, quickly relax, and slow down from the frenetic pace of our normal lives. Whilst mobile phones and satellite TV can keep you in touch with reality - we urge you to switch them off and savour the slow pace of life of this region. As Jamie Oliver commented in his TV programme on the area ('Jamie does the Pyrenees') - the locals are not rich, but they live like kings! If you like great local french food and wine - this is the area for you.