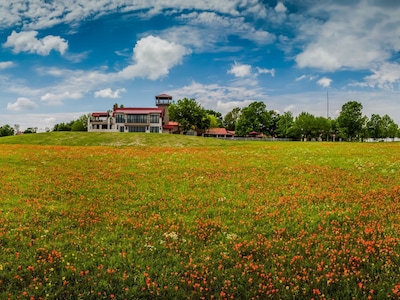 Robert Andrews is Owner, President and CEO of ATI. He has over 35 years of experience working effectively with PEMEX and other National Oil Companies in Latin America as a contractor and supplier. Andrews has a detail understanding of the Mexican, Brazilian and Chinese Oilfield business and maintains close working relationship with current upper and middle management of the E&P sector of its customers and working partners. In 2001 Mr. Andrews traveled to China for the first time and based on the result of the trip decided to start ATI. Since that initial trip Mr. Andrews has journeyed to China over 100 times and spent an average of 3-4 months a year in China traveling throughout the country visiting customers and business partners. Andrews was Founder, sole stockholder, President and CEO of Andrews Group International, Inc., a leading Integrated Reservoir Studies Company and oilfield software and systems integrator in the U.S. Mexico and Latin America The company was started in 1987 and in 1998 merged successfully with Core Laboratories N.V. (NYSE: "CLB"), making Mr. Andrews the largest individual stockholder of the acquiring company. Andrews stayed on at Core Lab for about 1.5 years heading up all of Core Labs operations in Latin America and Western Africa. Aside from his many business interests, Mr. Andrews is a proud and loving father of his three wonderful children. Elizabeth his oldest attending Medical School at Texas A&M after completing a degree in Advertising at SMU, his middle son Pace is a Senior at University of Texas at Austin pursuing a degree in Art & Entertainment Technologies, his youngest Alexander is a Junior at Episcopal High school in Houston. Mr. Andrews was raised and educated in Mexico until entering High school in the U.S., and received a degree in Architecture at the University of Florida. He speaks Spanish and English fluently and has a basic knowledge of Chinese and several of the Romance languages.