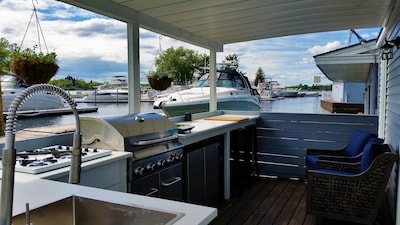 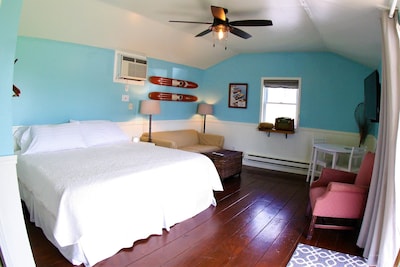 The property know as The Ledges Resort & Marina began with my grandparents Nicholas J Schaefer and his wife Amy. They purchased the property in 1961 and made it their home. In 1963 they built a motel and named it The Ledges. They had a German restaurant on the property named The Old World Inn. They closed the restaurant 1982, but continued with the motel. In later years the motel was managed by my parents Jerome and Deborah Schaefer. They expanded into the marina and cottage rental business. In 2013 after 50 years in business we made a decision as a family to take the original motel down. The Ledges is again making changes, but staying in the family. It is now a marina and cottage rental resort. I was named after my grandfather, Nicholas, and it just so happens that my wife’s name is Amy. So, once again Nick & Amy are your hosts at the Ledges!

Located in the Heart of the 1000 Islands!

The Ledges Resort & Marina is less than one mile from the center of downtown. This gives great access to all of the local restaurants, shops, and activities. We also have 6 acres of private grounds. This allows us to uniquely offer both access to everything along with privacy.