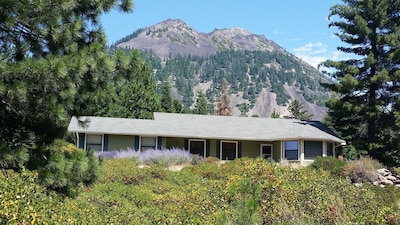 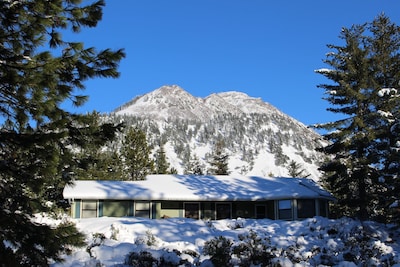 We live in a major metropolitan area with busy work interacting with the public that never seems to stop. It was during our first anniversary that we visited Mount Shasta for the first time. We made an offer on a home before we left! We wanted to have a getaway that was peaceful but still full of the activities we enjoyed. Rather than renting a place each time we visited, we decided to have a home in Mount Shasta be our personal second home.

Lela Leong purchased this House in 2006

We tried to experience as much as we could during our first visit: playing golf at Mount Shasta Resort, hiking around Siskiyou Lake, eating at many of the local restaurants (that are all so good that we can't decide which one is our favorite), having an afternoon break at the local pub (The Goat Tavern), riding bicycles, fishing several of the local streams, lakes and rivers and doing a little shopping in quaint downtown Mount Shasta. We just missed ski season but knew that Mount Shasta Ski Park would be there for future winters.

It's so easy to get there by flying into Medford OR or Redding CA, both being a little more than an hour from our home, or driving up straight off I-5. We visit as often as we can, but not often enough. Since it's we're not able to us it as often as we'd like, we thought it was too beautiful to keep to ourselves so we thought it should be a vacation rental for others seeking a home away from home, to enjoy the scenery, tranquility and serenity of the Mountain. Lela and Steve, Los Angeles, CA