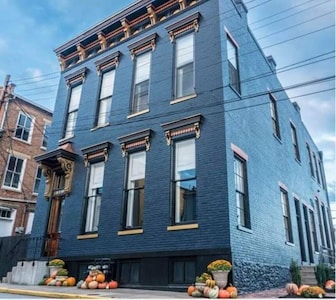 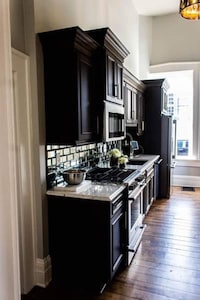 4 bedroom and 3 bath home in the Center of Historic Madison, IN

Ask a question
Member Since 2018

About Todd and Mary Beth Boone

Todd and Mary Beth are both originally from Madison and moved back to raise their family in 2003. They own several businesses and properties in Madison. Mary Beth runs their Main Street boutique and salon Blush and Main as well as a florist business named the French Tulip. Mary Beth is also a Decorator and Color Specialist. She is always on the go - and is always coming up with new ways to keep Madison a great place to live and visit. Todd is a Director at a Fortune 500 Company and enjoys real-estate and working on the old buildings in Madison bringing them back to life in his spare time. They have been married for over 27 years and have 2 children and 3 dogs. This is just one of many of the properties that the couple have remolded together and most likely not their last...

The plot for this property is listed as being purchased first in 1816. The first building built was the Main Street portion which today is the Blush building that Todd and Mary remolded in 2016. That building was added onto twice and then was extended out to Central Ave and became the residence side of the 113 Main Street building. That work was believed to have been completed in the late 1860's. The 320 Central property was connected up until the late 1990's as it was plotted off into 3 separate properties. When the property became available - the Boone's purchased the building to bring it back to its original state. From the beginning Todd was in love with the Main Street building and Mary Beth always wanted the Central House because of its grandness. Together again and both have become a talking point in the city as people travel in to see the "old with the new" approach.

This is the most centralized home in the downtown. There are lots of great places to stay in town and we hope that we can compliment what Madison has. This property is unique in its size and its flair for fashion. Great for entertaining and great for large family's that want to be together in the center of the city.