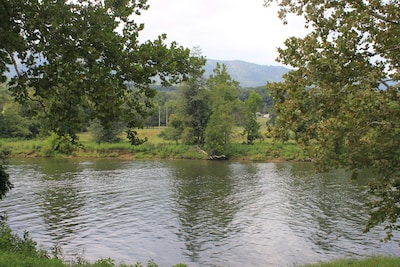 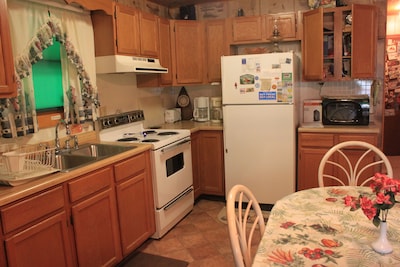 Ask a question
Member Since 2015
Zory R. Glaser is a Premier Host·They consistently provide great experiences for their guests

-Purchased 'Cardinal Cottage' as an unfinished/ shell cabin, in '87 (after camping on, and then developing (as noted earlier) a near-by property), with the intent to bring my late mother-in-law "out into the country" (she loved visiting, and wanted to "get out of the city"). -Expanded and finished-off/ decorated/ landscaped the original shell cabin. Prior to mom relocating, she had an accident (& underwent multi-surgeries) from which she (unfortunately) didn't recover. Placed the finished/ furnished cabin/ cottage on the rental market, and had a number of interesting long-term tenants (including a writer/ novelist, the editor of the local newspaper, a landscape artist/ painter (and his girlfriends!), a National Park ranger, a local school teacher couple, ...). -Recognizing (in approx. '97) a need for short-term rentals in the Luray area, we began to focus on the multi-season, short-term/ vacation rental visitors to the area. -Many of our guests are "returnees", adult children of former guests, and/or "referrals" from former guests. -We welcome young families, seniors & retirees, members of the military, and have also hosted some (very deserving & very appreciative) recovering/ rehabilitating military "wounded warriors".

We initially (1980) used the Luray property for camping, canoeing & enjoying the local water sports, horse riding, "communing" with nature, relaxing, hiking, nature photography, amateur astronomy, cross-country skiing, sightseeing, and as a base for day (and longer) -trips throughout the Shenandoah Valley. -It was a wonderful way to interact with (and keep together) my active, growing, maturing children (especially as a single parent), and some of their friends. -After "roughing it" for about 3 seasons, we began to construct a log home (as noted earlier) and a separate 2-car garage/ workshop on the property (with which we had, by that time, fallen in love). A few years later we purchased a near-by shell cabin (which, upon finishing, became "Cardinal Cottage") as described above. We love the quiet beauty and the "closeness to nature", and the beautiful, relaxed, scenic Shenandoah Valley area in all seasons, and enjoy showing family and friends around the area.

Languages:
english, The 'lady of the house' is fluent in Spanish.